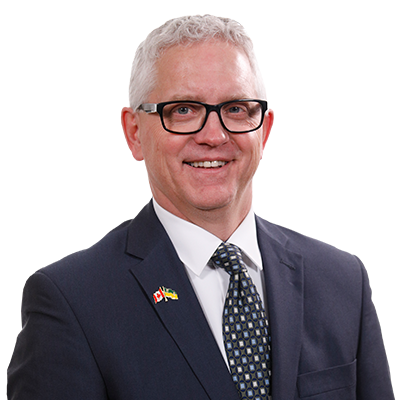 Taken from: meadowlakeNOW MP Gary Vidal believes the federal government’s approach to handling COVID-19 will do more harm than good to the future of Canada’s economy. On Monday, Finance Minister Chrystia Freeland announced “the largest economic relief package for [the] country since the ... Full Article

Taken from: paNOW A federal bill is making its way through the House of Commons to make Sept. 30 a statutory holiday. The holiday would be in honour of residential school survivors and their families, as well as address one of the Calls to Action set by the Truth and Reconciliation Commission ... Full Article

Taken from: CBC Indigenous Services Minister Marc Miller confirmed today that the Liberal government will not meet its commitment to lift all long-term drinking water advisories in First Nations by March 2021. At a press conference in Ottawa, Miller took full responsibility for the ... Full Article

Taken from: CBC A human rights complaint has been filed against the Bank of Montreal and the Vancouver Police Board after an Indigenous man and his granddaughter were handcuffed while trying to open an account at a Vancouver branch of the bank last year. Maxwell Johnson and his 12-year-old ... Full Article

Taken from: Yahoo Newsroom Under questioning from Conservative MP Gary Vidal, Indigenous Services Minister Marc Miller says the federal government expects to cut the number of long-term drinking-water advisories on First Nations to 12 by spring, and will follow through on the rest as soon as ... Full Article

Taken from: MeadowlakeNOW The Conservative Party of Canada will now have Erin O’Toole at the helm. Over the past eight months, leadership candidates modernized campaign techniques to reach as many Canadians as possible during the COVID-19 pandemic. With over 269,000 members and nearly 175,000 ... Full Article

Taken from: APTN Local representatives are weighing in on the Assembly of First Nations and the Government of Canada agreeing to discuss funding for First Nation run child and family services. The agreement announced in Ottawa Tuesday morning is another step towards implementing Bill C-92, ... Full Article